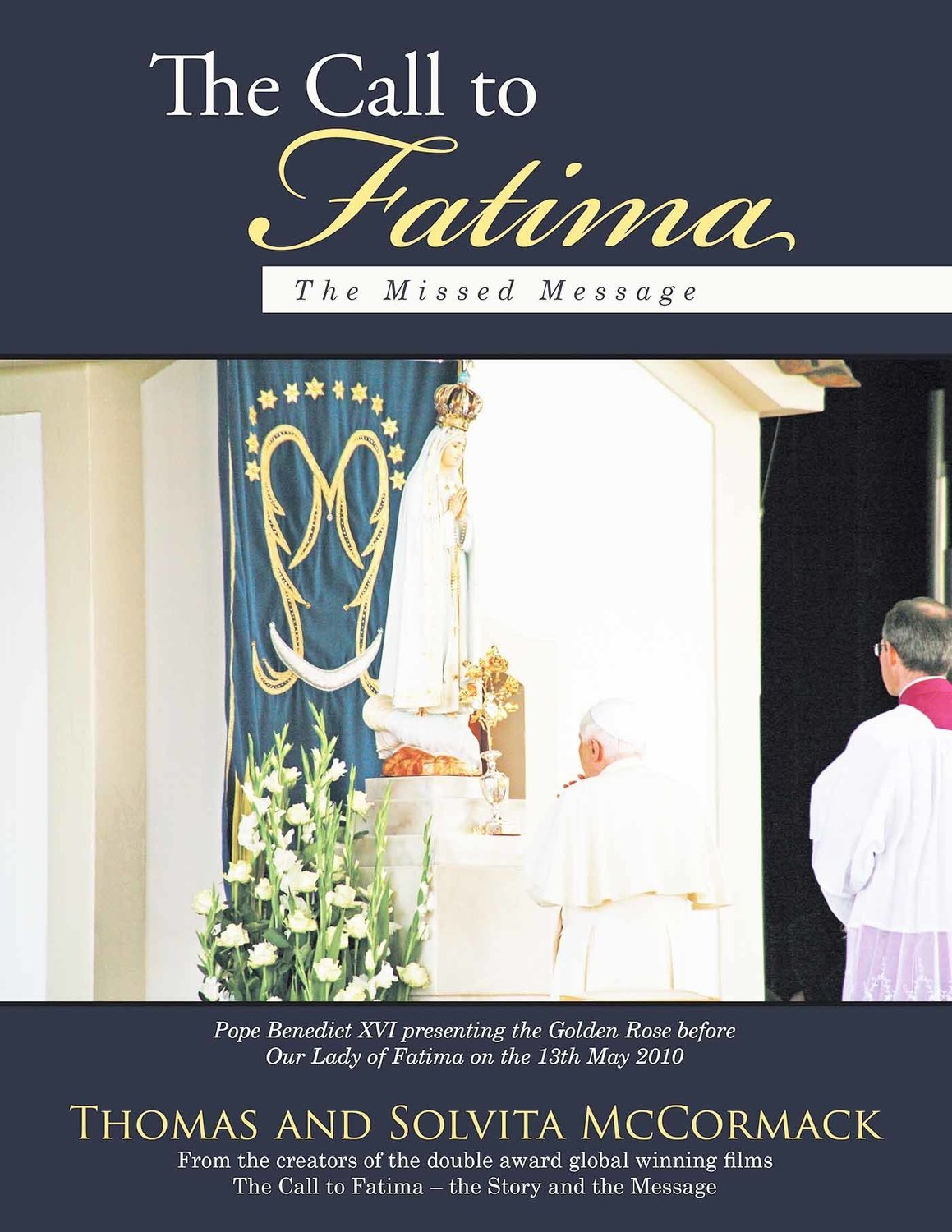 The authors, Thomas and Solvita McCormack, had three unique influences to help them write the Call to Fatima: The Missed Message– They had access to the writings of the servant of God Sister Lucia before and after she died. – They had access to those who knew the servant of God Sr. Lucia personally and who wanted to share their knowledge to what Sr. Lucia wanted the world to know about Our Lady's

apparitions in Fatima . – People from around the world approached the film directors to give their support to make Sister Lucia’s writings into a double award winning film titled the Call to Fatima: The Story and the Message and to translate it into twelve languages. Their privileged position and unique insight shaped and influenced them to write down their accumulated knowledge in the hope that the Call to Fatima: The Missed Message will save souls from eternal death.

It was Cardinal Ratzinger (now retired Pope Benedict XVI) who signed off Sr. Lucia’s book Calls from the Message of Fatima for the Doctrine of the Faith at the Vatican, he turned to the late Fr. Luis Kondor, the vice postulator for Blessed Francisco and Jacinta Marto and stated, “Calls from the Message of Fatima is the most important book for Catholics for twenty-first century.” When Fr. Luis Kondor gave Thomas McCormack permission to start the Call to Fatima film, it dawned on him and others that the majority of Catholics missed the central message of Fatima. The chapter to Pope Francis is pleading with some urgency to revive the Five First Saturday Devotion and restore the daily family Rosary around the world, in order that the Fatima promise of the Triumph of the Immaculate Heart of Mary can be accelerated as requested by Pope Benedict XVI in Fatima on the 13 May 2010. Without knowing it at the time, this work first started on the 13 May 1999, and the authors have no doubt the hand of God through Mary made it possible. It is yet another example of how much God loves us and how much he wants to save our souls.

Buy 3 copies of the book and get a special free gift of 2 DVDs "The Call to Fatima" + book "The Rosary with Sister Lucia" Limited edition. Worldwide shipping